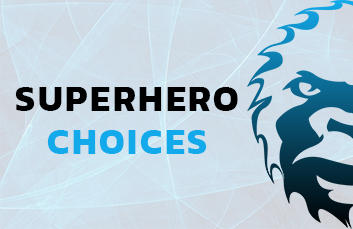 I’ve always wanted to be Batman because not only was he a wealthy individual that had it all but his sense of justice to fight criminal activity with his own hands.

Now, how does that relate to me? When I was a kid growing up as a lone child, I never really had “company” or friends and my parents was always at work at the Chinese Take Away meaning I never had any connection with my parents, even to this date, we aren’t very close as you would see it.

I would be bullied at school and parents wouldn’t know how to deal with it, nor did the teachers do much at the time.

Growing up in the 1990’s was the also era when Bruce Lee/Jackie Chan films were aired on TV with Lip Sync over the original film, we’d get taken the piss with martial art chants as if that’s the “language” also being called “chin*y” just became the norm for me as it probably did with the other ethnics that have theirs.

English wasn’t my first language (Cantonese was), expressing myself didn’t come natural to me, nor did anyone really spend time to understand what the issue was. I grew up being powerless with no confidence until I started to learn Martial Arts with my first ever Mentor/Si-Fu and regained my confidence with myself as an individual.

Guess that’s probably why I train so hard not look big and strong but just being able to be fit and healthy to protect my loved ones around me.

Which also concludes why I don’t smoke or drink alcohol as I see my body as a sacred temple.

Don’t be afraid to be who you want to be, those that love you for who you are will stay in your life, those that don’t see you fit into theirs, will leave.

Just me sharing a little part of my personal story. 🙏❤️